Time is running out to see House Style, our most ambitious exhibition to date, celebrating five centuries of fashion and adornment at Chatsworth.

This exhibition has ended

Hamish Bowles, International Editor-at-Large at American Vogue, has curated this landmark show with creative direction and design by Patrick Kinmonth and Antonio Monfreda, the duo behind some of the most memorable fashion exhibitions of recent years.

House Style demonstrates the power of fashion and brings to life the captivating individuals from the Cavendish family, including:

Sotheby’s specialists join a variety of guests – including the Duke and Duchess, exhibition creator Lady Burlington, supermodel Stella Tennant and Vogue’s Hamish Bowles – to guide you through our most ambitious exhibition ever, providing an insight into the passion of those who conceived and delivered it.

Episode 3: The quest for excellence

The show also features personal family collections, including items belonging to the current Duke and Duchess of Devonshire. These pieces are displayed alongside livery, uniforms, coronation robes and fancy-dress costumes, demonstrating the varying breadth of fashion and adornment from the Devonshire Collection throughout the generations.

Important artworks are also on display, including rare costume designs from the early 17th century by Inigo Jones, Surveyor to the King’s Works and one of the most notable architects of 17th century England.

From the time that the 1st Duke of Devonshire oversaw the creation of the magnificent space we know as the Painted Hall, this room has lifted spirits and raised expectations for visitors to the house. In ‘House Style’ two themes clash in this grand setting as we present, side by side, “Traditions and Transgressions”. From conventional coronation dress to punk innovation, view the evolution of formalwear as worn on the global stage by key Chatsworth figures, from Duchesses Evelyn and Mary, to supermodel Stella Tennant. 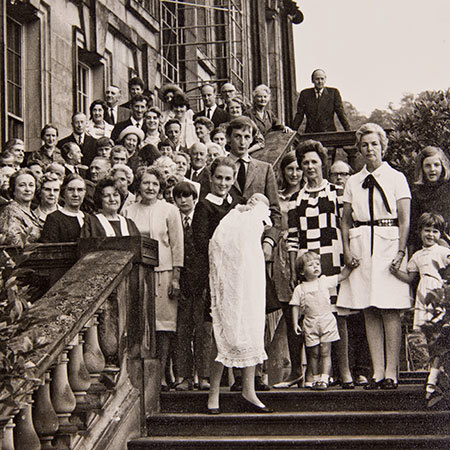 The Circle of Life

The genesis of this exhibition began when Lady Burlington began her search for a christening robe for her son, James, and was awakened to the potential of the clothing and accoutrements chosen by the members of the Cavendish family to tell their stories. The christening robe is on display in the 17th century chapel alongside wedding attire (exemplifying the very different tastes of the women of the family) and, completing the circle of life, the various choices of mourning dress and hats.

Duchess Georgiana was the acknowledged fashion leader of Georgian England and her influential taste was also celebrated at the French court of her friend Queen Marie Antoinette. Georgiana’s dashing and romantic style has endured well into the 20th and even 21st centuries, exemplified by a dramatic dress by John Galliano (from his 1998 spring/summer haute couture collection for Christian Dior) displayed in the South Sketch Gallery. 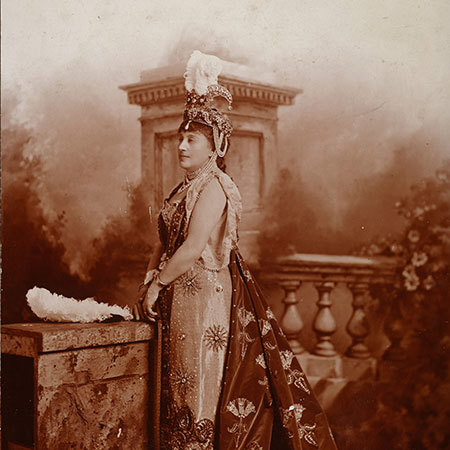 In 1897, the 8th Duke and his wife, Duchess Louise, hosted a spectacular costume ball at Devonshire House, the family’s London residence until 1919, which proved the highpoint of a season that celebrated Queen Victoria’s Diamond Jubilee. The theme was “allegorical or historical costume before 1815.” The State Drawing Room showcases seven outfits from the Ball set amongst original furniture from Devonshire House.

The Chatsworth House Trust would like to thank its generous exhibition sponsors whose support has made House Style: Five Centuries of Fashion at Chatsworth possible.

Find out more about the House Style exhibition sponsors.

Looking for somewhere to stay?

We have a collection of hotels, inns, cottages and restaurants on and around the Chatsworth Estate that will make your visit that little bit more comfortable and special. Visit our chatsworthstays.co.uk website to find out more and to book online.