William, Second Duke of Devonshire (1672-1729) sat for this portrait painted by Charles Jervas (1675-1739), the painting still hangs at Chatsworth along with the gems and cabinet also in the portrait.

The Duke chose to be portrayed seated in a relatively small scale, his eyes are level with ours as he invites us to join him in spending time looking at and learning about his collection. Perhaps we will discuss the literature around the subject, or look at prints and drawings depicting the same subjects. We may also talk of other collections and collectors and together share our knowledge and interest.

This portrait places us, the viewer on the same level as the Duke, both physically but also perhaps, socially. We are being admitted to an intimate and private space away from the public arena.

The survival of the painting, the cabinet and the gems together at Chatsworth gives us an opportunity to experience these objects today in a similar way to the 2nd Duke. The cabinet made by the French cabinetmaker Andre Charles Boulle contains a series of drawers in which the Duke would have arranged his gems. Each drawer is lined with red velvet and fitted as a tray with compartments so that each drawer can be taken out, placed on a desk or table and each gem taken out to be looked at. Collectors of gems, medals and coins commissioned cabinets like this one to securely house their collections but also to emphasise how precious the contents were.

Carved gems were prized in ancient cultures and Pliny the elder (AD 23/24 – 79) the Roman writer and naturalist records that it was General Pompey who popularised gem collecting in Rome. He dedicated the collection of King Mithradates (164-63 BC) in the Temple of Jupiter Capitoline as Julius Caesar (100–44 B.C.) would also do at the Temple of Venus Genetrix. Carved gems and cameos were seen as appropriate gifts in tribute and thanks to the gods.

Carved gems made from precious and semi-precious stones are actually small sculptures, known as a glyptic art from the Greek gluptos ‘to carve’. Gems fall into two categories, intaglio where the design is etched and carved into the stone itself or cameo where layers of different colours are pared away to create an image in relief.

Gem collecting which began in ancient times again became popular during the renaissance, a time in Europe when interest in Roman and Greek culture was revived and the statues, architecture, literature and history of those past cultures was studied and appreciated. The renaissance carver Valerio Belli (1468–1546) refined ancient techniques creating what were at the time modern masterpieces in an ancient tradition.

Gem collecting once again became fashionable in the eighteenth century when Europeans travelled across the continent visiting sites of interest, collecting ancient sculpture and art on their way bringing them back for appreciation and display in their homes. This phase of collecting laid the foundations for the creation of the earliest public museums.

The stones are usually mounted in a precious metal, most usually gold and worn as rings or pendants, later intaglio stones were set into fobs and worn with watches or used as desk seals much as they were originally. The development of formal archaeology and excavations in Greece, Rome and the Middle East saw ancient gems and copies adopted as fashionable accessories, mounted in to every day jewellery.

Necklace from the Devonshire Parure. 1856.

The first and most prolific collector of the carved gems in the Devonshire collection was William, 2nd Duke of Devonshire (1673-1729), his interest was shared by both his son, grandson and great-great grandson the 3rd, 4th and 6th Dukes. The 2nd Duke collected gems, medals, coins, furniture, drawings and paintings and it was his collection augmented by the Burlington inheritance which forms the bedrock of the present Devonshire collection.

The 2nd Duke belonged to a generation of English collectors which benefited from earlier collectors including the Thomas Howard, Earl of Arundel (1585-1646) and Charles I in England and Lorenzo de Medici and Pope Paul II on the continent. Collecting in England was however largely interrupted by the civil war and it was the Duke’s generation which enjoyed relative peace and opportunities for travel to Europe. The collections formed by the Earl of Arundel (1585-1646) and Charles Spencer, 3rd Duke of Marlborough (1706-1758 have been dispersed, sold by their original owners and parts of them are now held in collections across the world.

The Grand Tour afforded access to both ancient and modern gems which could be bought, collected and enjoyed in their homes. Appreciation of carved gems demonstrated a worldly authority, a knowledge of myths, ancient rulers and were a mark of an educated mind.

A series of letters between Baron Phillip von Stoch the German born antiquarian and collector and the 2nd Duke relate how several of the pieces came to be in the collection.

Stosch writes he is delighted to learn that the Duke has acquired the four famous carved gems of Apollonides, of Aetion, of Anterotos and of Dioscorides, and asks if the Duke could let him know on what sort of stones the originals are engraved so that he could note them in his book if he ever publishes an appendix.

The fragment of sard signed by Apollonides is engraved with a recumbent cow, the carver capturing with a few spare strokes the effort and motion of the beast rising to her feet and although damaged the fragment has been preserved, repaired as was traditional with gold.

Stosch writes he is delighted that Agathemerus’s Socrates has met with the Duke’s approval and explains that Monsieur Strozzi gave it to Stosch and for the same price that he is selling it to the Duke. Stosch says he would be very happy to have contributed to the Duke’s Cabinet. If, however, the Duke absolutely wishes to pay him, Stosch begs him to send in exchange a small dinner service in English pewter, which he really needs and which one doesn’t find in Rome.

In one letter Stosch notes his pleasure at seeing the 2nd Duke using a red jasper carved with an image of Rufinae to seal a letter to him, that gem, mounted as a ring is still in the collection.

Their letters also describe a sardonyx Medusa when Stosch was honoured to receive the Duke’s letter via Monsieur Jagel, Court Clerk, with the enclosed bill of exchange of 100 scudi, which he paid to the owner of the Cameo of Medusa. He describes the cameo as not being "completely perfect, having the fault that all cameos of three colours have, it is most certainly antique and worth the price - for the stone, for the conservation and for the size, which Stosch has been assured of unanimously by experts”. Stosch continues to say that now he has learned of His Grace’s taste, he is well set up for helping in future.

A portrait, cabinet, letters and gems in combination bring this world of collecting closer to us, it relates some of the excitement, pleasure and pride in collecting these pieces. We also learn that although highly valued and prized, stored in bespoke cabinets they were also things for everyday use, used to seal letters and these associations are gathered into our understanding of them.

The gems were considered an essential component of any great collection alongside a library, drawings, paintings and sculpture. Lorenz Natter was engaged by the 4th Duke to catalogue the collection when they were kept in the plate room at Devonshire House, accessible to scholars and collectors who would sometimes receive impressions of them.

The appeal of these small scale sculptures is enduring, in 2017 Laura, Lady Burlington wore pieces of the Parure for Vogue magazine in celebration of the launch of the exhibition co-curated by Lady Burlington with Hamish Bowles & Patrick Kinmonth - https://www.vogue.com/article/laura-roundell-house-style-five-centuries-of-fashion-at-chatsworth-fashion-exhibition. These gems continue to be worn and enjoyed by the Devonshires. 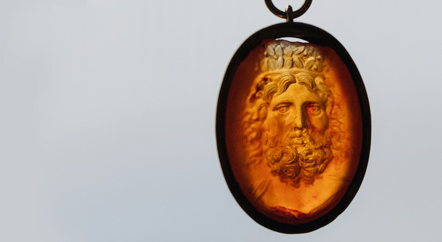 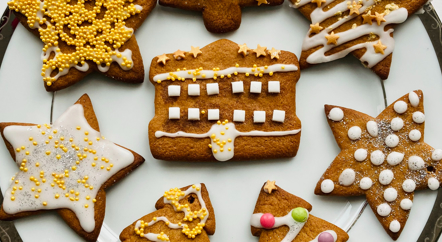