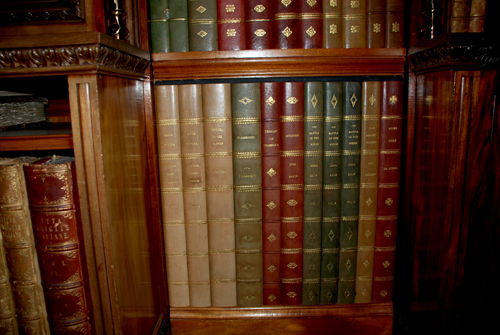 This title resides on one of the fake bookcases of the library at Chatsworth. It is a dedication to the man who ‘wrote’ most of the 24 other titles which it appears alongside. In an effort to improve upon the ‘rather laboured jokes’ of the Victorian-era fake bookcases, Deborah Devonshire, now Dowager Duchess, decided in the early 1960s to construct another secret doorway and bookcase at the opposite end of the library. The comptroller and house carpenter were tasked with the construction, but ideas for the books themselves were volunteered by a family friend, Patrick ‘Paddy’ Leigh Fermor.

Shadow Cabinets, by A. Ghost Writer

Fermor, the ghost writer in question, was a war hero and travel writer. His independent streak and thirst for youthful adventure saw him walk from Holland to Istanbul before the outbreak of the Second World War. During the conflict he was stationed as an Intelligence officer in Crete and, after its occupation, organised some of the guerrilla operations on the island. One operation famously involved the mission to kidnap the General Kriepe, the German officer in command of the island.

D. Motion, Reduced to the Ranks

After the war, Fermor found fame as a travel writer with a gifted prose style and established a long-standing friendship with both the Duke and Duchess. It was on this basis that Deborah Devonshire asked him to provide a list of ideas for the new fake bookcase she was planning. Paddy’s response was to offer ‘a few’ ideas, ‘most of them hopelessly feeble’, in the expectation that ‘one might sift a grain or two from out of so much chaff.’ He enclosed 130 ideas for titles!

This revelation effectively solves the case of the fake bookcases; the products of two talented literary figures, a century apart, who shared a love of the comic with the Devonshire family.

Like Thomas Hood’s, some of Fermor’s titles have a context that requires explanation. Lord Slim’s Battle of the Bulge, for example, links the leader of the British campaign in Burma during the Second World War to the famous German counter-offensive that stalled at Bastogne.

Experiences in China by Earl Grey contains a reference to the legendary origin of the bergamot-blended tea. A similar joke had occurred over a century earlier to Hood, who’s Earl Grey, On Early Rising never made it onto the fake book shelves. Clearly the place of tea-drinking in the British psyche is unquenchable.

It is a shame that so few of Fermor’s ideas could fit onto the fake bookcases at Chatsworth for several titles deserve some public recognition. Among the many gems to miss the cut were:

Omega Losches, Weather in the Streets

Ivor Guinness, Through a Glass Darkly – I love the biblical reference here. It also demonstrates the strength of the Guinness brand by the mid-twentieth century.

Inspired by these efforts of imagination, I could not resist attempting a few ‘hopelessly feeble’ ones of my own:

Please submit your own ideas to me at w.j.rhoden@sheffield.ac.uk and I’ll post up a selection of the best ones in my next blog entry. 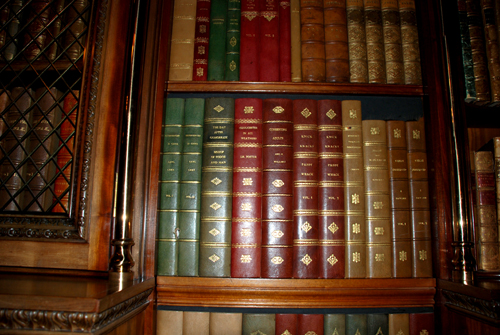 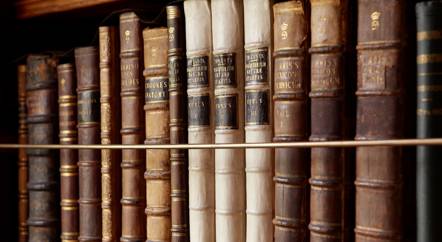