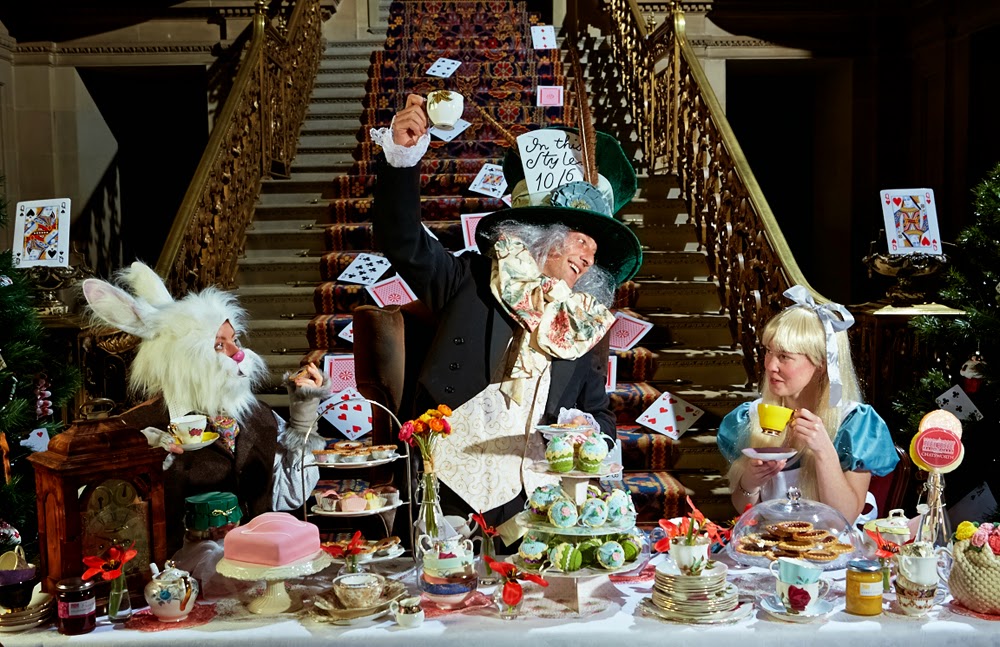 The Christmas plans for this year’s theme of Alice’s Wonderland are really starting to take shape now that we've begun decorating. 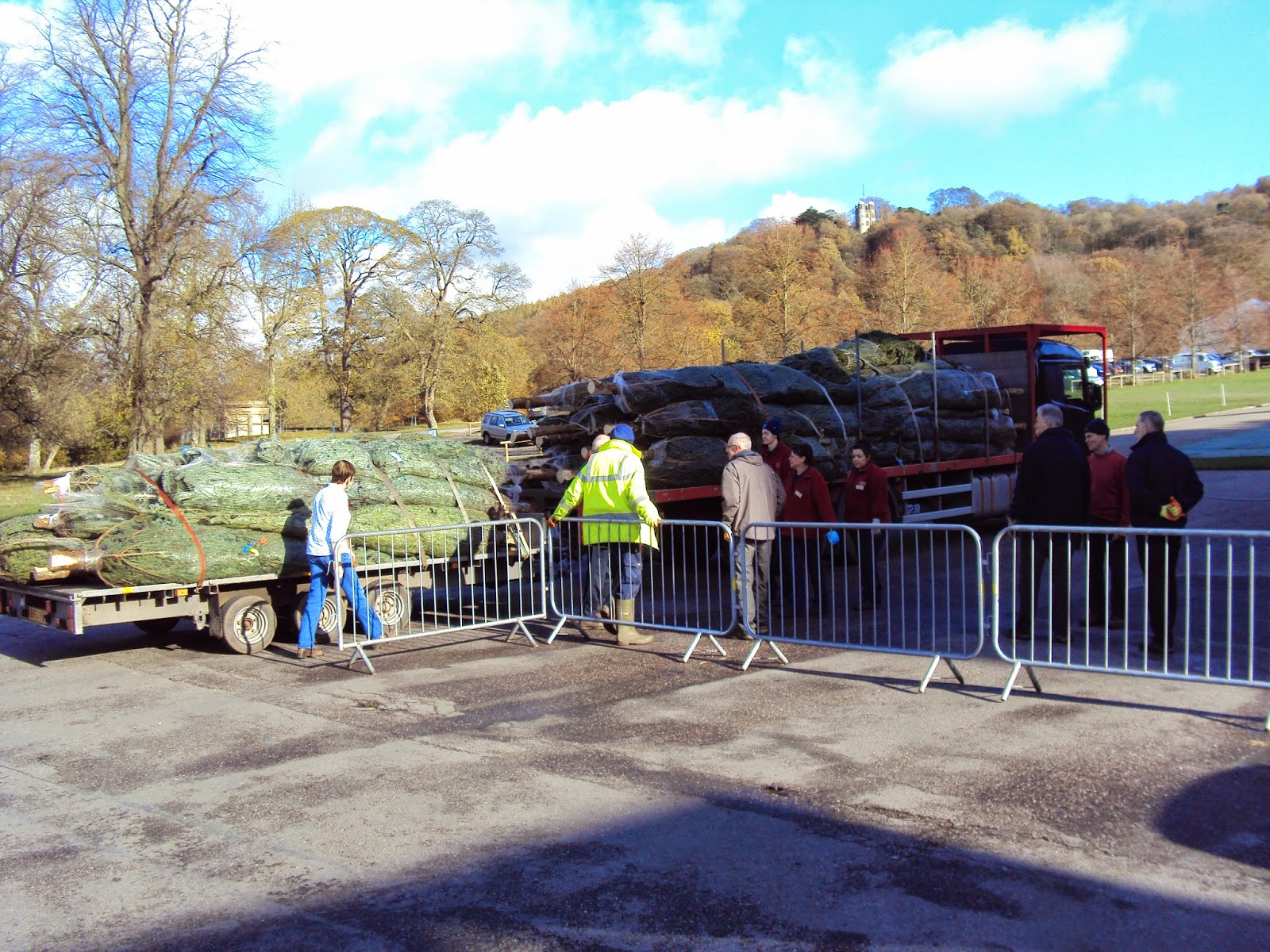 The trees were later arriving than we had hoped, but at least it was a glorious day here at Chatsworth with beautiful autumnal sunshine. We’re just glad it didn’t rain as the trees are so heavy to handle if they get wet. 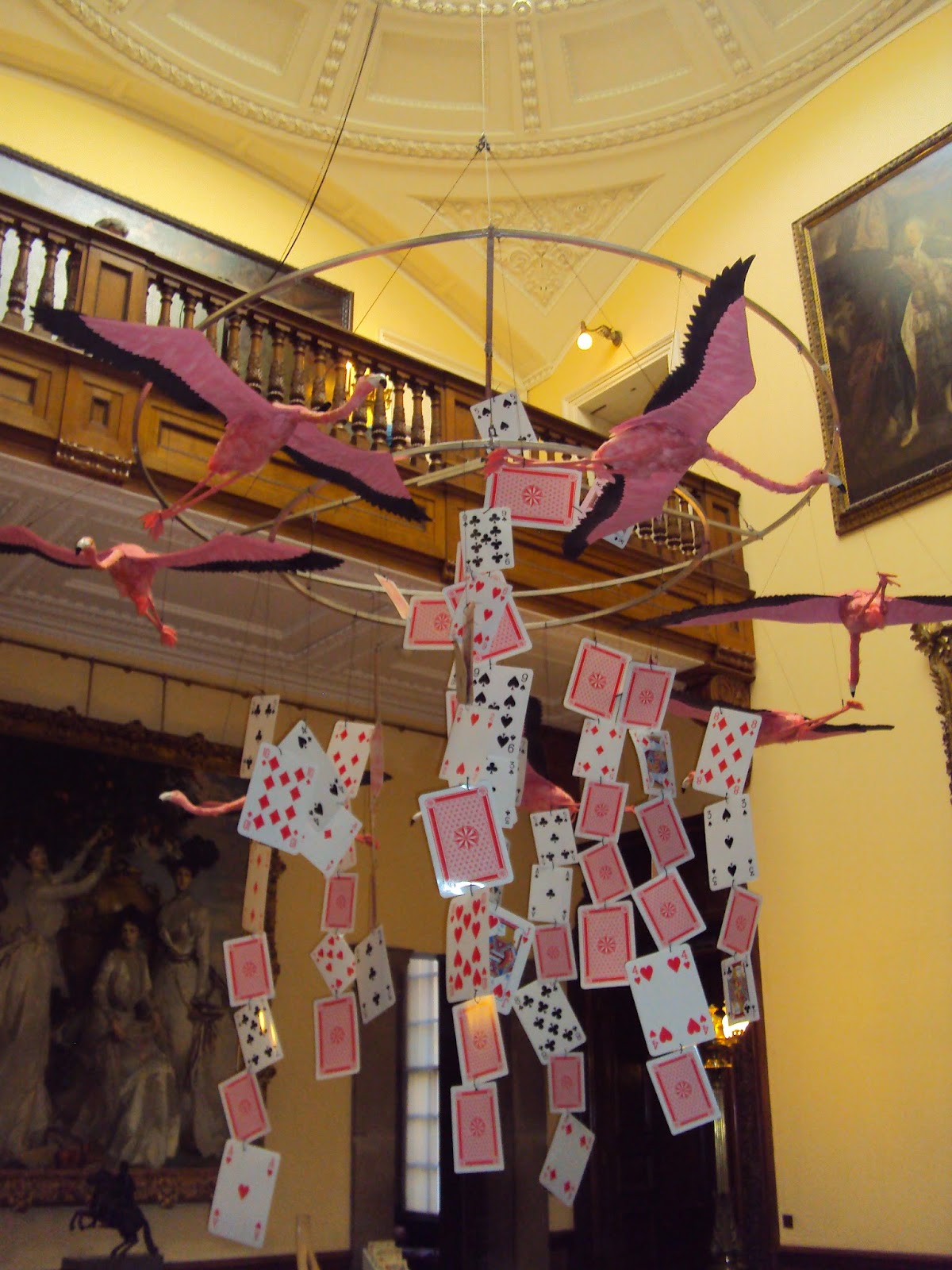 Before the trees arrived we were able to start the installation of the suspended carousel on the Oak Stairs - after so many months of planning, it's always exciting to see the whole project start to come together. I had seen the flamingos for the carousel in the SetOne workshop in Derby, but none of us had seen the finished effect - I can't wait to see them flying as the carousel revolves! 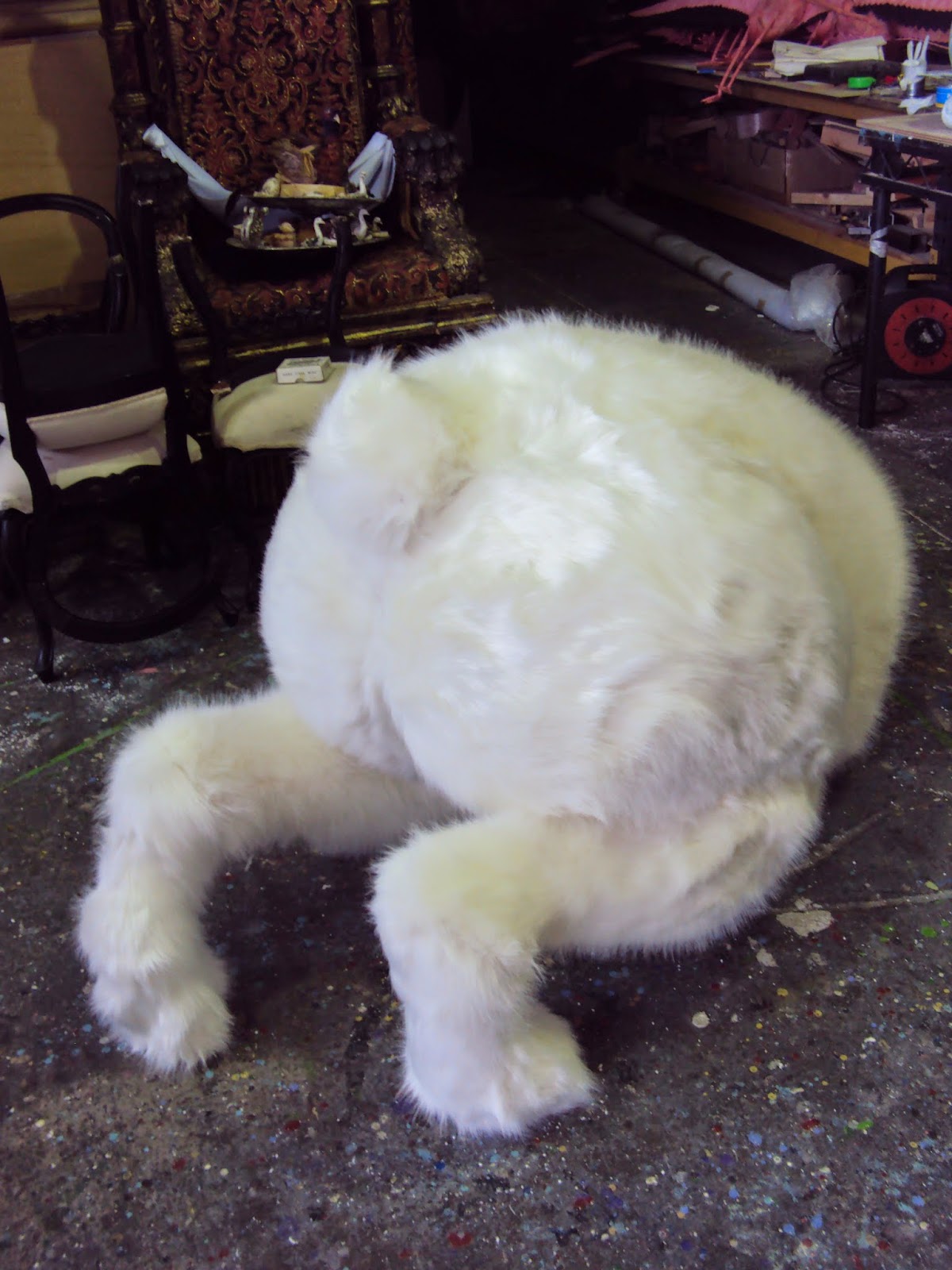 SetOne also created the White Rabbit's bottom for us. At over a metre high, we shall have to make sure his burrow is big enough! All accessories made in-house here at Chatsworth by Janet Bitton have now been brought down ready to go outside the rabbit’s burrow. 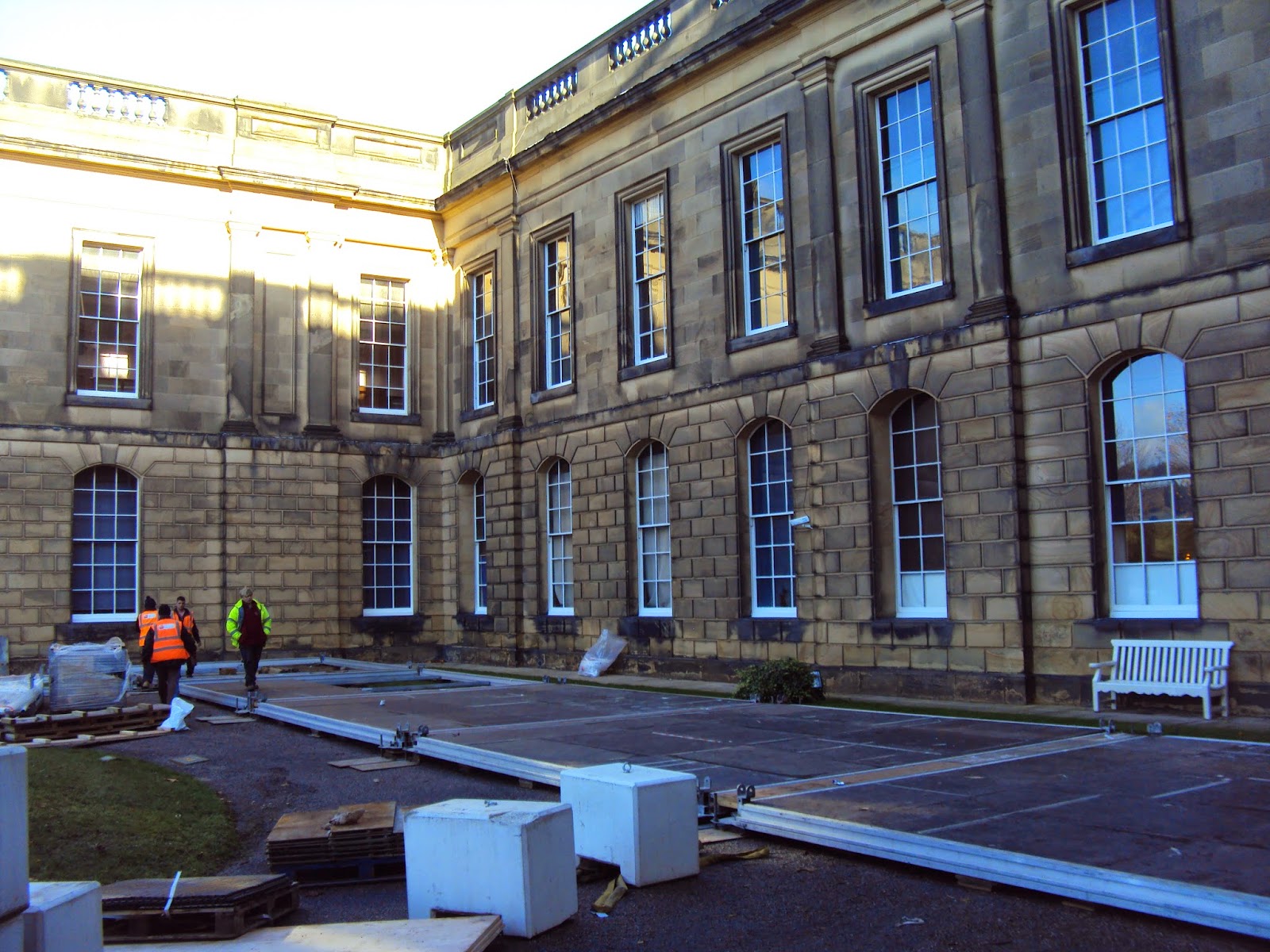 The marquee build for the north entrance hall has also begun, which will eventually obscure the view from our office window altogether.
Stay tuned for more details about our adventures in Christmas decorating later this week.
Christine Robinson
Head Housekeeper
Christmas at Chatsworth: Alice's Wonderland
8 November 2014 - 4 January 2015
Closed 24, 25, 26 December and 1 January