Share this Facebook Twitter Email
11th July 2016
Our last post was about servants travelling abroad with their masters, but you may be surprised to hear that some were sent abroad alone, and even more surprised to learn that they were gardeners. With tickets on sale for the RHS show next year and the gardens in full bloom, it seems a good time to start writing about the gardeners that used to live and work at Chatsworth, and the remarkable stories they left behind in the archives. 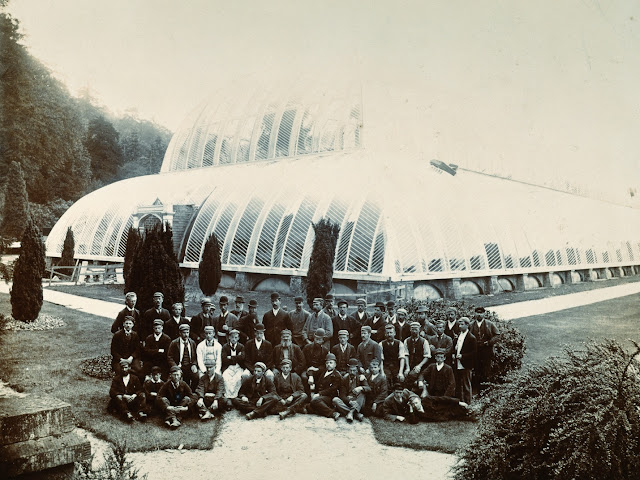 Gardeners outside Paxton’s Great Conservatory, late 19th century
In the nineteenth century, interest in horticulture saw a boom as hundreds of exotic new plants were introduced to England and famous gardeners competed for the biggest, rarest and most beautiful specimens. Among them was Chatsworth’s head gardener, Sir Joseph Paxton. Although best known for designing the Crystal Palace for the Great Exhibition of 1851, his career as a glass house architect began at Chatsworth. Between 1826 and 1858, Paxton and the 6th Duke of Devonshire transformed the gardens. The young men in their employ who laboured in the Great Conservatory, on the rockeries and in the arboretum were subject to strict rules. They could be fined for wasting time and dismissed for being late or drunk. However, some were offered the opportunity to find glory and fame as botanical pioneers. 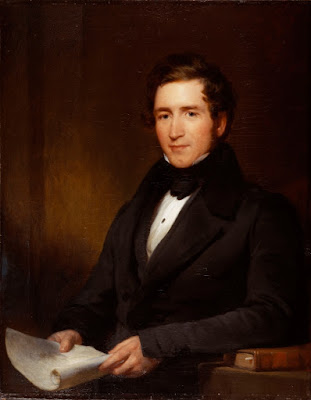 Portrait of Joseph Paxton by Henry Perronet Briggs, 1836
In 1836, 20-year-old gardener John Gibson left for Calcutta, and returned just over a year later with 300 new plant species, including 80 orchids. He later became superintendent of Hyde Park, St James’ Park and Kensington Gardens. The dangers of expeditions abroad, therefore, were sometimes extraordinarily outweighed by the profits for young botanists and their wealthy sponsors.
One year after Gibson’s triumphant return, two more Chatsworth gardeners were sent overseas, this time to North America. In March 1838, Robert Wallace and Peter Banks sailed for New York. They were to be paid £1 4s per week, scheduled to return in three years, and warned to ‘beware of bears and women’. On the 20th July, Wallace wrote a letter to Paxton from the Manitoba province in Canada. He wrote that they had travelled on treacherous rivers in three large canoes, but praised the indigenous men helping them, ‘they are fearful to look upon, but it is truly admirable to see with what cool dexterity the Indians... thread through these boiling rapids and sunken rocks’. 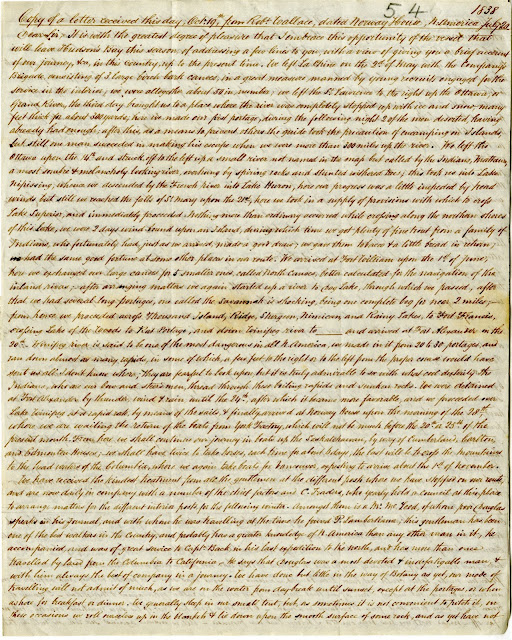 Copy of a letter from Robert Wallace, 1838
Wallace also requested a few things to be sent over, ‘a good supply of elastic shirts [and] drawers for the wet season... specimen [and] seed packing paper.. A good quantity of trinkets, for it is surprising what the Indians will do for such things... [and] a very convenient leather writing desk’. Sarah Paxton, on reading this letter, was concerned that Banks was hardly mentioned, and ‘rather afraid that they are not agreeing very well’. Her uncle John Gregory, thought that ‘Wallace, if not selfish, is rather extravagant [and] thoughtless’.
The objects Wallace requested were promptly sent to Canada, but unfortunately he would never receive them. On the 7th November, Robert Wallace and Peter Banks died when their canoe capsized in the rapids of the Columbia River. A letter informing Paxton and the Duke of the disaster was sent to Chatsworth, but did not arrive until six months later. It said that, ‘in all eleven persons who travelled from their distant homes [found] an untimely grave beneath the raging waters of the Columbia’, including five children. The news was devastating. The Duke immediately fulfilled a promise he had made and gave Wallace’s mourning parents a house, and Paxton never again sent his young gardeners abroad to find new plants.