My name is Louise Clarke, I am an archivist and have recently joined the collections team at Chatsworth to work on a project to catalogue and make accessible the historic family and personal papers of the Cavendish family. Last year I graduated from the Archives and Records Management course at University College London, and I have previously worked at The Natural History Museum, The Paul Mellon Centre for Studies in British Art and Network Rail. 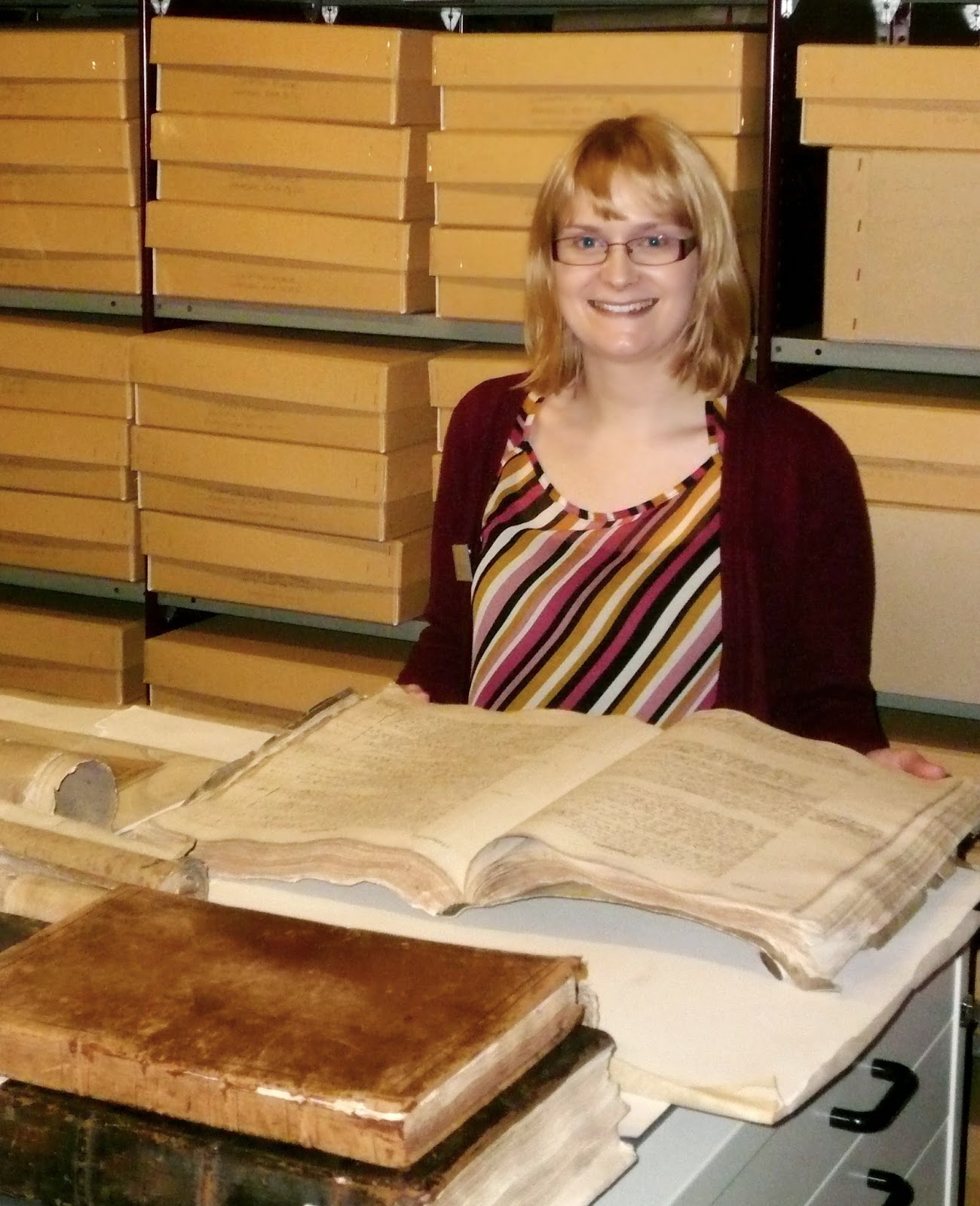 Spanning over more than four centuries the Cavendish family papers reflect the lives and interests of the Dukes of Devonshire and their relations and associates. They tell the story of their careers, influence, relationships, and family life. Much of the collection is currently uncatalogued and this represents a significant barrier to effective research, for both internal and external users, and this project is designed to open up access to the wealth of material in the collection.

Overwhelmed by the amount of material, choosing where to begin was my first priority. I decided that cataloguing would begin with material related to the 6th Duke of Devonshire. As an important figure in the shaping of Chatsworth as we know it today, and it being one of the largest collections of material the archive holds, it seemed a good place to start.

Researching the 6th Duke’s life and learning more about such a fascinating character has been an interesting task. One highlight for me from the 6th Duke’s collection is a guest book with a twist.

This delightful book records the arrival and departure of people visiting Chatsworth, including the 6th Duke of Devonshire himself, which gives us an insight into when and for how long the Duke and any of his guests stayed at Chatsworth. The book also meticulously lists who came to dine at Chatsworth House and who simply called to pay their respects to the Duke. A quick look through the book shows that the Duke kept company with guests such as Charles Dickens and Sir Edwin Landseer.

The twist with this volume comes right at the beginning, where a more intimate detail about the Duke’s guests has been recorded. On arrival at Chatsworth unsuspecting guests were weighed and their vital statistics recorded in this book! Starting off the volume is the Grand Duke Nicolas (later Emperor Nicolas I of Russia), who weighed in at 13st 7lb on 7 Dec 1816, incidentally weighing the same as the Duke himself.

Family members also could not escape the scales, and an entry from 23 January 1817 notes that even the Duke’s 3 year old nephew, William John Cavendish Clifford, was weighed and he tipped the scales at 2st 7lb! 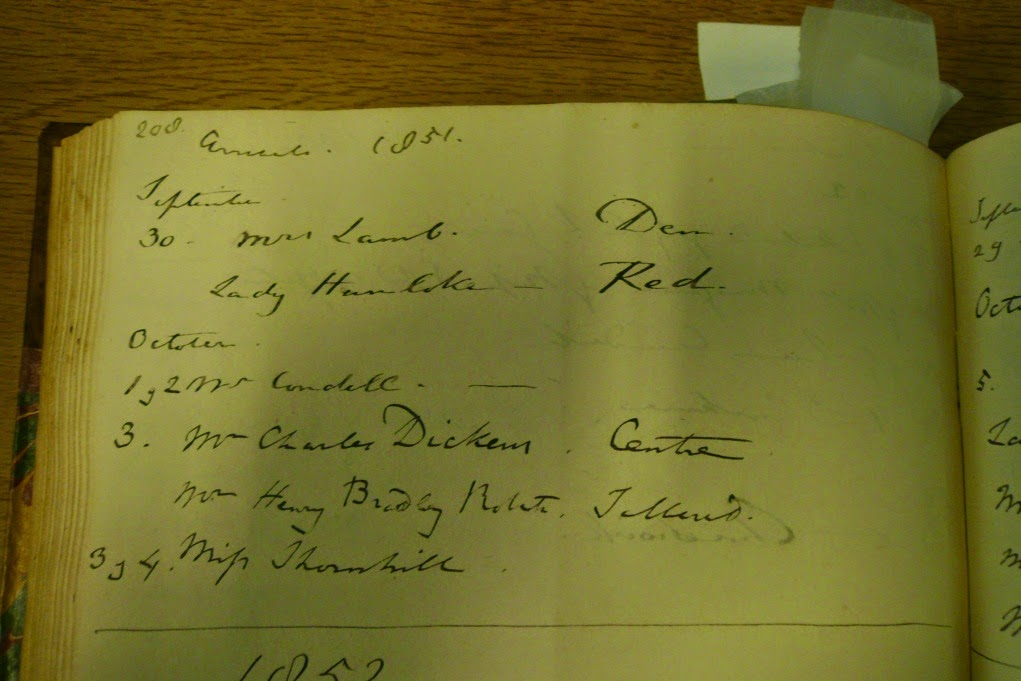 Humans were not the only ones weighed by the Duke, an entry from 9 October 1832 reads: ‘The Otter (caught in the Derwent in Chatsworth Park)’ and it’s weight was recorded as 1st 8 ½ lbs! 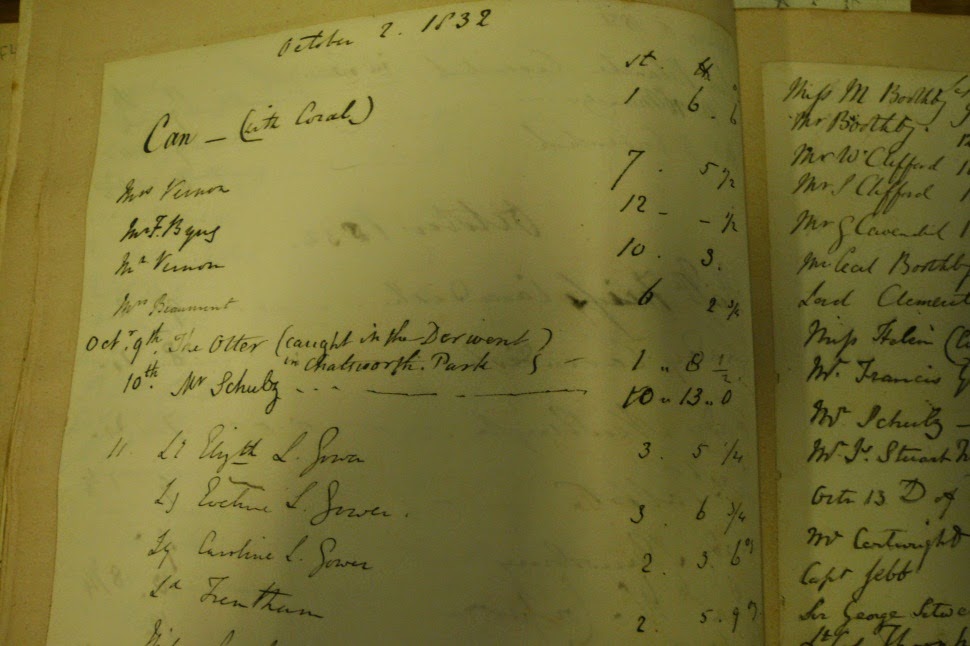 These entries reveal an insight into the character of the 6th Duke which you wouldn't necessarily expect to find in a guestbook. It is unassuming items like these, with more to tell than at first glance, that makes working within archives, and particularly the Devonshire Collection, such an interesting job.

As the project progresses I will be posting about the work that myself and our team of volunteers are working on, and I will keep you updated on the latest discoveries from the archive.