Share this Facebook Twitter Email
16th November 2016
In the 1850s, a new fashion swept through England with a speed and enthusiasm that many found alarming. For the first time since the Tudors, men were growing beards, and not just for Movember. By the late nineteenth century, a voluptuous chin curtain was a symbol of manliness, wisdom and good hygiene. Even the 7th and 8th Dukes of Devonshire got in on the craze. 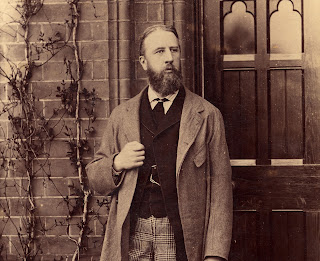 The 8thDuke of Devonshire
The bearded faces of Charles Darwin, Alfred Lord Tennyson and Charles Dickens seem so quintessentially nineteenth-century that it is hard to imagine that until the 1850s facial hair was viewed with suspicion and distaste. Modest moustaches, sideburns and chinstraps were not uncommon, but full beards were only found in the margins of society, particularly among political radicals. An Irish Chartist leader, Feargus O’Connor, was renowned for his shocking chin whiskers, and newspaper cartoons often depicted Chartists with unkempt facial hair. With this in mind, it is not surprising that when a Russian coachman arrived at Chatsworth in 1826, his bushy beard caused quite a stir. 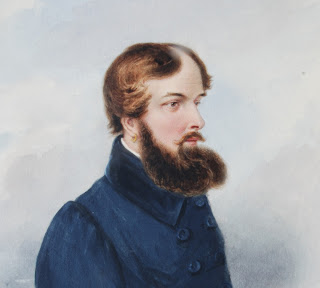 Watercolour of Peter Wisternoff in 1829, 3 years after his arrival in England, by Daniel Orme
The 6th Duke of Devonshire first travelled to St Petersburg in 1817, and declared it ‘more beautiful than Paris’. In 1826 he returned for the coronation of his friend Nicolas I (after whom Chatsworth’s Emperor Fountain is named). During this visit the Emperor gifted him a coach called a droshky, and the Duke decided to employ a suitably Russian coachman to drive it.
Little is known about the life of this coachman before his arrival in England, including the correct spelling of his name. It varies in documents from ‘Peter Wisternough’ to ‘Peter Ustinowicz’. He was illiterate and therefore probably did not know the original spelling himself. However, the name ‘Wisternoff’ stuck and was passed down to his descendants. There is some evidence that Peter was ennobled and given a coat of arms in 1813 for service during the Napoleonic Wars. If so, his fortune did not last. In 1841 he wrote, ‘since I came to England I lost my house and property in Russia’. 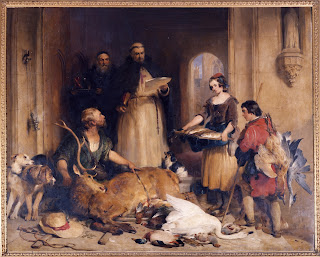 Bolton Abbey in the Olden Time, by Sir Edward Landseer, for which Peter Wisternoff posed as the man kneeling with the stag
Peter quickly became a favourite servant of the 6th Duke, who delighted in being seen with his eccentric coachman. The British public were similarly enchanted. One newspaper wrote in 1835, ’There is at present at Chatsworth, the seat of his Grace the Duke of Devonshire, a Russian coachman... He is habited in the costume of his country, which consists of a large coat, generally green, which is gathered in folds round the waist, crimson sash, with an ample flow of black beard’. Even the young Princess Victoria was amused by his appearance. She wrote in her diary following a visit to Chatsworth in 1832, ‘We went to the stables where we saw some pretty ponies and a Russian coachman in his full dress’. 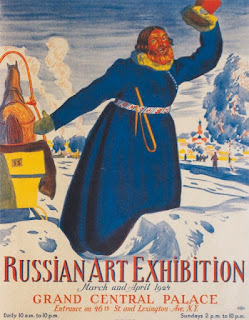 The style of traditional dress Peter would have worn can be seen in Boris Kustediov’s painting The Coachman, 1923
It is less clear how he was received by the other servants. In account books he is always referred to as ‘Peter the Russian’, or simply ‘The Russian Coachman’. Was his ‘foreignness’ his defining characteristic? Or was this what he liked to be called? On one occasion the Duke’s valet denied him his beer allowance, which ‘hurt his feellings verey much’ and might suggest that he was treated unfairly on occasion by the other servants. However, he was not alone in being a foreign worker. In 1840, the 6th Duke employed a Hungarian gardener who ‘cannot speak any English’, but concluded that, ‘at Chatsworth young Neumann [and] others will speak French with him’. Peter Wisternoff must have felt at home eventually because on census night in 1841, he was at the stables surrounded by his Derbyshire-born wife and seven young children. 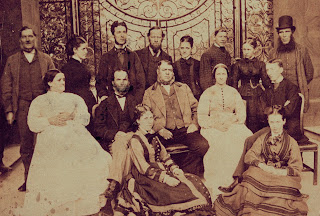 By the 1850s, when this photograph was taken, some of Chatsworth’s other servants had started to grow their beards

The figure of the ‘Russian coachman’ became as familiar as the French chef or the German governess in the nineteenth century. ‘Observe the stout Russian coachman’, an article declared in 1851, ‘with his thick black beard, and his high cap lined with fur... warming his hands by beating them together, or taking the ice from his beard’. He was even a popular choice of costume at fancy dress balls.
The beard craze of the 1850s may have started due to the difficulty of shaving during the Crimean War, or the belief that hairs could ‘filter’ polluted air. But perhaps Chatsworth’s Russian coachman also helped to reinstate the beard as an acceptable sight on the streets of Victorian England.

Secrets, surprises and stories at Chatsworth this winter