The house and garden were first constructed by Sir William Cavendish and Bess of Hardwick in 1555. The Elizabethan garden was much smaller than the modern garden is now.

There was a formal plot to the south with ponds and fountains, the hill to the east was terraced and a high wall enclosed a deer park. Fish ponds were dug between the house and the River Derwent. The main visual remnant of this time is a squat stone tower known as Queen Mary’s Bower. 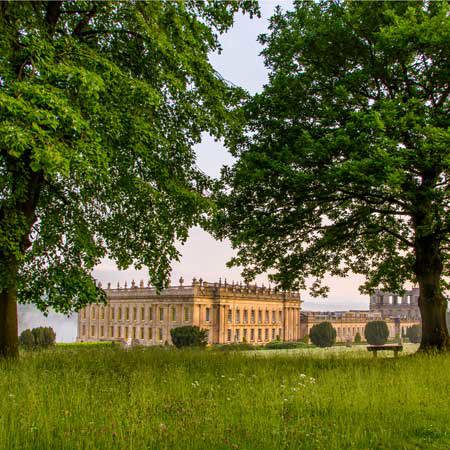 The creation of the Salisbury Lawns and the removal of the old formal gardens occurred prior to the arrival of Lancelot 'Capability' Brown at Chatsworth in 1758, most likely in the 1730s. 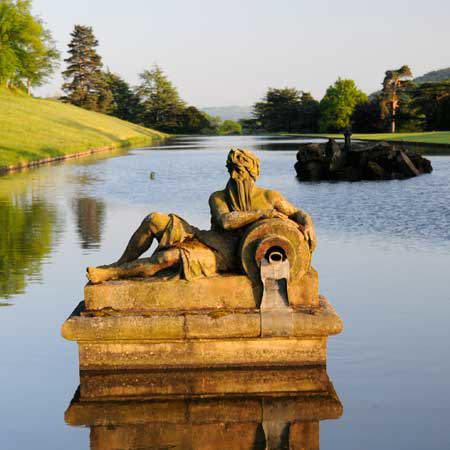 The Canal Pond was dug between 1702 and 1703. It is set a few inches higher than the South Lawn, so when it is viewed from the south end of the pond, the house appears to rise from the water. 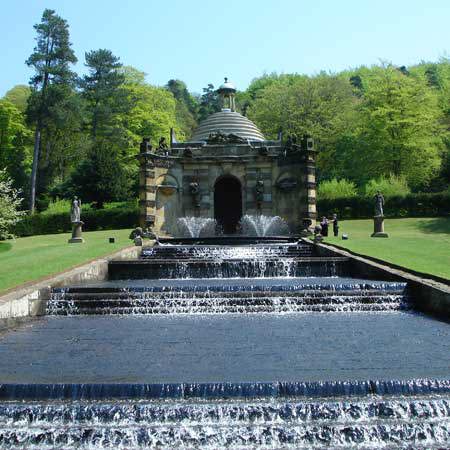 The original cascade, designed Monsieur Grillet, a French hydraulics engineer with experience in decorative waterworks for Louis XIV of France, took two years to build and was completed in 1696. 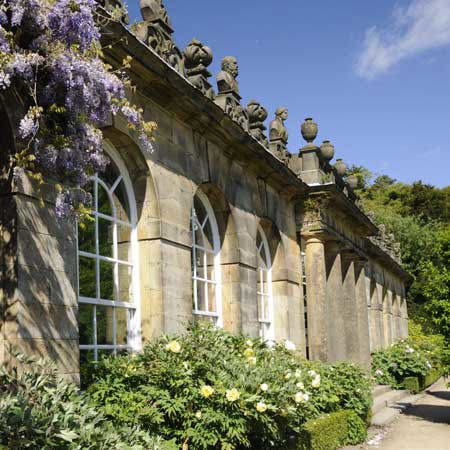 The Old Glasshouse, built in the 1690s, is a long, low building with ten arched windows and is shown in Kip and Kynff’s 1699 view of the garden. 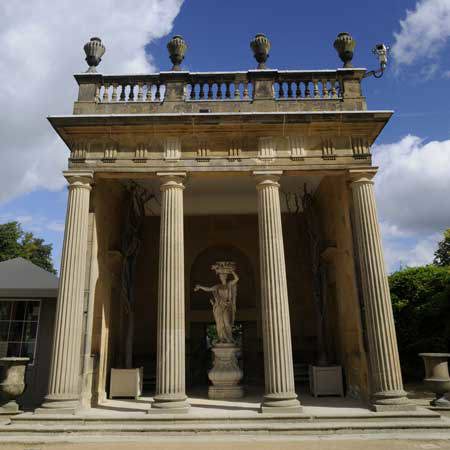 Originally called the Bowling Green House, Flora’s Temple was built between 1693 and 1695. 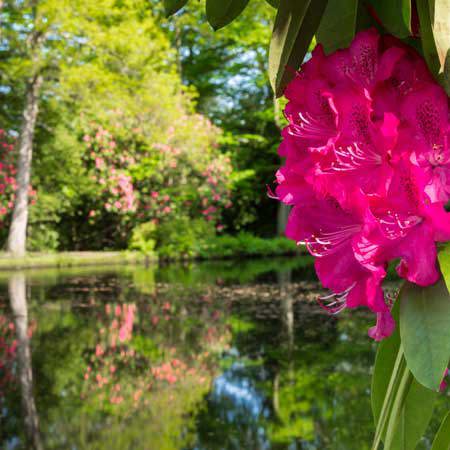 The Grotto was originally constructed in the late 1790s at the instigation of Duchess Georgiana, but was much altered by the 6th Duke in the 1820s. 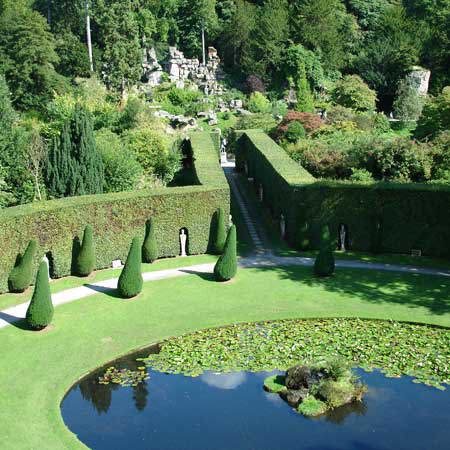 The Ring Pond is a survivor from the 17th century gardens. It originally lay in the middle of a formal plantation of trees, with the Willow Tree Fountain at its centre. 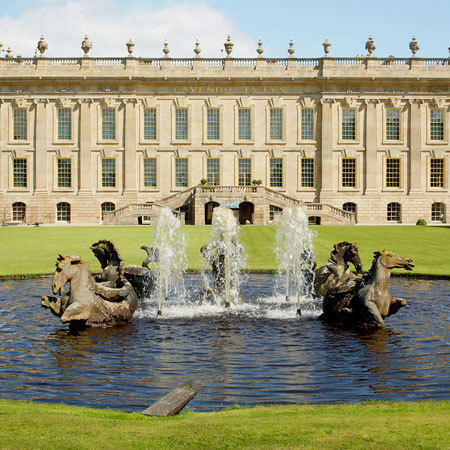 The south parterre began construction in 1694 under the guidance of George London and Henry Wise, who also worked at Hampton Court Palace. The parterre was a pattern of intricate flower beds, hedges and gravel paths. 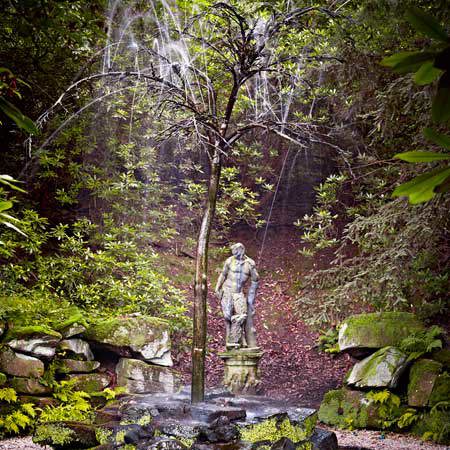 The Willow Tree Fountain was an ‘artificial tree of brass’ originally created by Ibeck in 1695. It was first in the centre of the Ring Pond and has been remade twice.

Bess died in 1608 and there is little evidence left of works carried out in the garden by Bess’s immediate successors at Chatsworth, the 1st, 2nd, and 3rd Earls of Devonshire. However, the 4th Earl, who became the 1st Duke of Devonshire in 1694, had a passion for building. Over a number of years he rebuilt the Elizabethan house in the classical style and constructed a garden to complement it. The Duke was one of the first Englishmen to embrace the creation of formal gardens already fashionable in France, Italy, and Holland. The result was numerous parterres cut into the slopes above the house, and many fountains, garden buildings and classical sculptures.

The 2nd Duke (1673-1729) made few changes to the garden he inherited. However, in the year before he died, 1728, there were initial attempts made to simplify the geometric patterns of the previous generation by levelling and turfing the formal parterre on the south front. The 3rd and 4th Dukes continued this work. All but three of the main fountains (those in the Ring Pond, the Canal, and the Sea Horse Fountain) were removed and their ponds filled in. Topiary and avenues disappeared, the terraces were levelled and replaced with grass, a ha-ha was constructed to trick the eye into thinking the garden and park were one and the same, and trees were planted in apparently natural clumps in both park and garden so there was no demarcation between the two.

The 4th Duke’s fundamental changes left the garden and park much as they appear today and after his death there followed almost half a century of inactivity. The 5th Duke (1748-1811) was seldom at Chatsworth and made limited changes other than the addition of the Grotto House which was built for Duchess Georgiana in 1798.