Behind the Seams: Tapestry Conservation 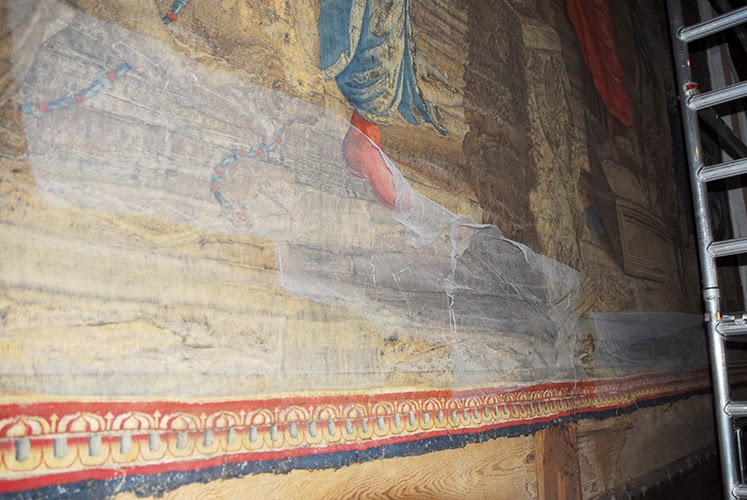 After months of preparation and some trepidation two tapestries from the ‘Acts of the Apostles‘ series after designs by Raphael were taken down. The two tapestries ’Healing of the Lame Man’ and ‘Sacrifice at Lystra’ that were joined to cover the south wall of the State Drawing Room had not been moved for 183 years. 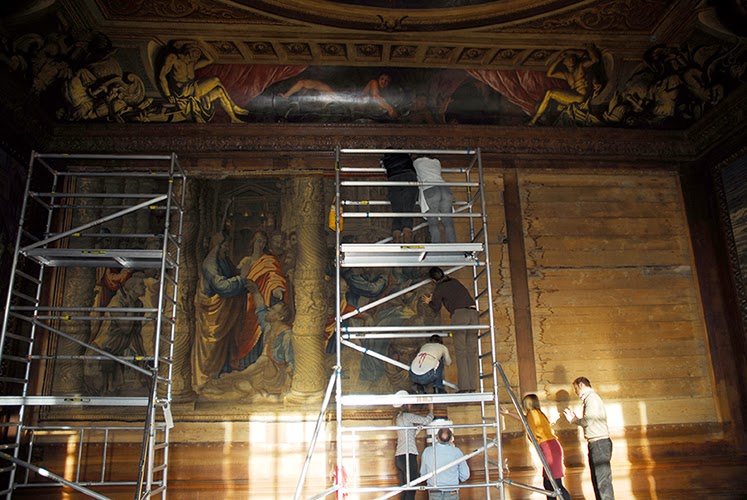 I’m pleased to say it went without a hitch! Using a scaffolding tower, a soil pipe and many careful hands the tapestries were gently rolled off the wall (they are so dirty and dry that they felt a bit like Ryvita). Little did we know that the kind people of the 1830s had made absolutely sure the pieces would not move by nailing them to the wall with hundreds of tin tacks in various sizes. Removing the nails was a feat in itself. 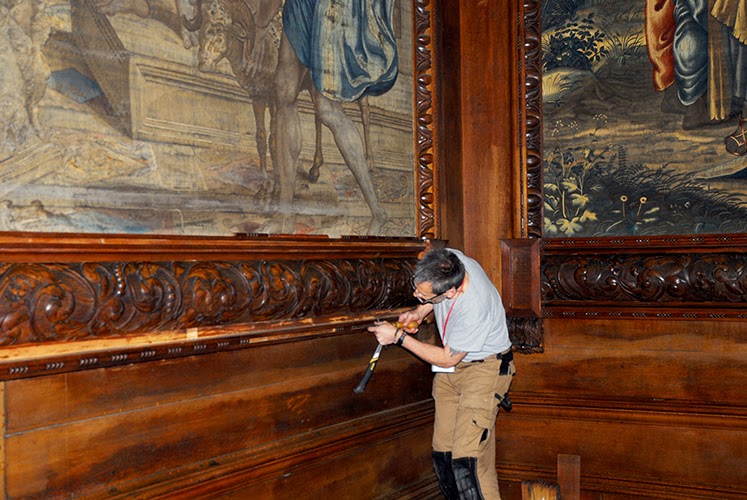 After the large oak frame positioned by the Sixth Duke was removed the Mortlake workshop signature shield was revealed in great condition giving us the absolute visible proof that these are indeed English Mortlakes circa 1635. 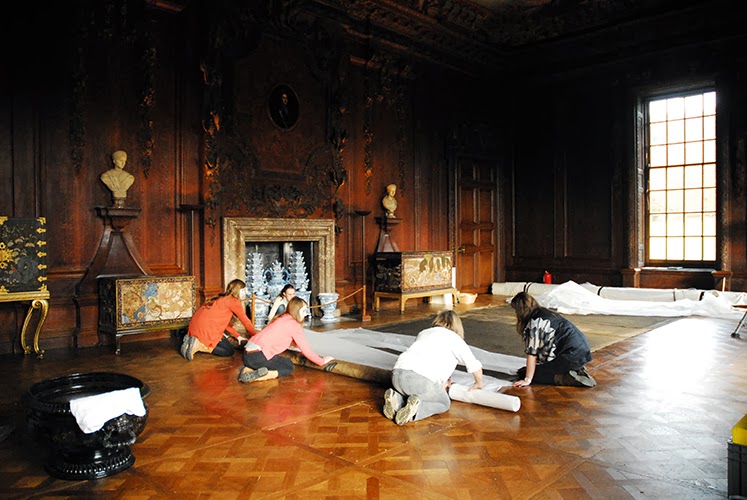 The tapestries have now been sent to a conservation practice that will begin the long process of testing the colours and preparing the pieces for washing. They have promised to give me a call when they get to the point of removing the lining. The backs, having been protected from the light, will hopefully give us a sense of the original colour. I hope to get many pictures of the reveal.